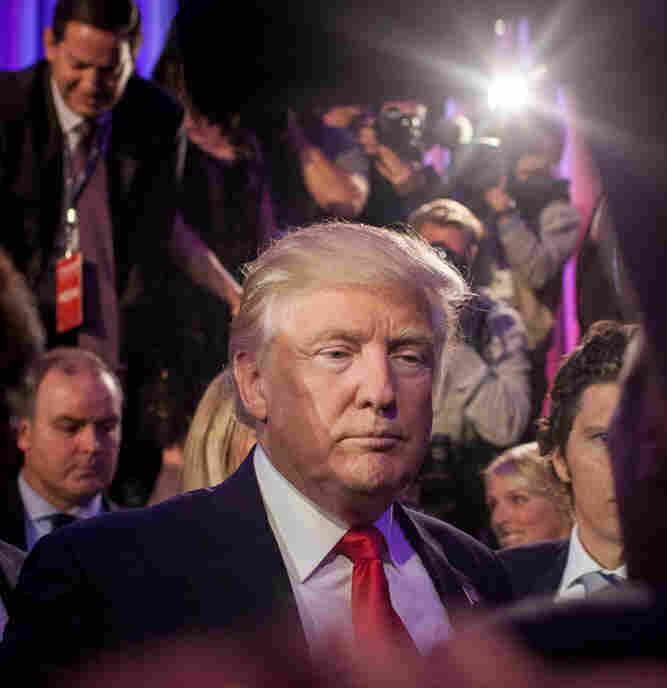 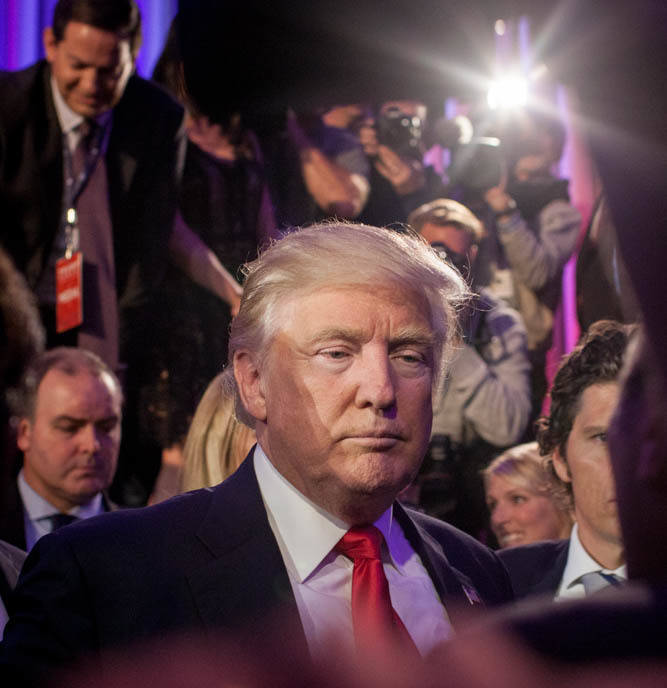 At the end of October, Donald Trump spoke in Gettysburg, Pa., and released a plan for his first 100 days in office.

The plan (below) outlines three main areas of focus: cleaning up Washington, including by imposing term limits on Congress; protecting American workers; and restoring rule of law. He also laid out his plan for working with Congress to introduce 10 pieces of legislation that would repeal Obamacare, fund the construction of a wall at the Southern border (with a provision that Mexico would reimburse the U.S.), encourage infrastructure investment, rebuild military bases, promote school choice and more.

On Wednesday, Senate Majority Leader Mitch McConnell mostly made nice with Trump but also shot down or expressed little enthusiasm in some of his plans. On Trump's proposal to impose term limits on Congress, McConnell said, "It will not be on the agenda in the Senate." McConnell has been a long-standing opponent of term limits, as NPR's Susan Davis reports. "I would say we have term limits now — they're called elections."

McConnell also threw some cold water on Trump's infrastructure plans, calling it not a top priority.

McConnell did say repealing Obamacare is a "pretty high item on our agenda" along with comprehensive tax reform and achieving border security "in whatever way is the most effective." But he also declined to discuss the Senate's immigration agenda further.

"We look forward to working with him," McConnell said. "I think most of the things that he's likely to advocate we're going to be enthusiastically for."

Below is the 100-day plan Trump's campaign released in October, called "Donald Trump's Contract With The American Voter."

What follows is my 100-day action plan to Make America Great Again. It is a contract between myself and the American voter — and begins with restoring honesty, accountability and change to Washington

Therefore, on the first day of my term of office, my administration will immediately pursue the following six measures to clean up the corruption and special interest collusion in Washington, DC:

* FIRST, propose a Constitutional Amendment to impose term limits on all members of Congress;

* THIRD, a requirement that for every new federal regulation, two existing regulations must be eliminated;

* FOURTH, a 5 year-ban on White House and Congressional officials becoming lobbyists after they leave government service;

* FIFTH, a lifetime ban on White House officials lobbying on behalf of a foreign government;

On the same day, I will begin taking the following 7 actions to protect American workers:

* FIRST, I will announce my intention to renegotiate NAFTA or withdraw from the deal under Article 2205

* SECOND, I will announce our withdrawal from the Trans-Pacific Partnership

* THIRD, I will direct my Secretary of the Treasury to label China a currency manipulator

* FOURTH, I will direct the Secretary of Commerce and U.S. Trade Representative to identify all foreign trading abuses that unfairly impact American workers and direct them to use every tool under American and international law to end those abuses immediately

* FIFTH, I will lift the restrictions on the production of $50 trillion dollars' worth of job-producing American energy reserves, including shale, oil, natural gas and clean coal.

* SEVENTH, cancel billions in payments to U.N. climate change programs and use the money to fix America's water and environmental infrastructure

Additionally, on the first day, I will take the following five actions to restore security and the constitutional rule of law:

* SECOND, begin the process of selecting a replacement for Justice Scalia from one of the 20 judges on my list, who will uphold and defend the Constitution of the United States

* FOURTH, begin removing the more than 2 million criminal illegal immigrants from the country and cancel visas to foreign countries that won't take them back

* FIFTH, suspend immigration from terror-prone regions where vetting cannot safely occur. All vetting of people coming into our country will be considered extreme vetting.

Next, I will work with Congress to introduce the following broader legislative measures and fight for their passage within the first 100 days of my Administration:

On November 8th, Americans will be voting for this 100-day plan to restore prosperity to our economy, security to our communities, and honesty to our government.

This is my pledge to you.

And if we follow these steps, we will once more have a government of, by and for the people.

NPR thanks our sponsors